Three-quarters of an inch of rain had fallen that day, barely cooling what had been a balmy 91 degrees. It was the prettiest, somehow laziest, time of day. Pulling down one paved strip of cul-de-sac abutting some farmland, Paul and Mike seventeen and fifteen years old, respectively idly observed what looked at first sight like a lumpy heap of clothing piled close to the edge of the grass, to the left of a concrete culvert. Drawing closer, Michael was in the lead when, wide-eyed with horror, he focused in on the clothes.

Slowed by the sandy road, he had dismounted from his bicycle and casually wheeled it towards his friend. He was within a foot of the clothing before he saw just what it was that seemed to have rendered Mike speechless. What had appeared from afar a shapeless form came into focus as something horribly different. His bloody spectacles were raised up on his forehead.

The man was wearing brown trousers and shoes and argyle socks, and was hunched forward in almost a sitting position, his torso curved over towards his knees. His white, short-sleeved shirt was heavily stained with blood both at the front and on the left shoulder. Protruding from his pocket was a Cross pen-and-pencil set. His left front trouser pocket had been turned inside out as if ransacked. He was still wearing his watch and his wedding ring.

And he was obviously dead.


Might whoever was responsible still be lurking nearby? MICHIGAN, In a depression in this ravine, tucked at the foot of a huge spreading tree, sat one of a number of makeshift, fort-like constructions, patched together from logs, tree stumps, pieces of plasterboard, plywood and scraps. To prepubescent Aileen, this was no playhouse, however.

It was a place of business; a hideaway where she calculatingly removed her clothes and performed sexual acts on boys for which they rewarded her with cigarettes or loose change. This little girl had learned at a frighteningly early age to disassociate herself from her body; to blank off her emotions.

Small, fair-haired and slender, this child-woman was courted by the youth from Troy and Rochester, in so far as they enjoyed her unusual services. But more significantly she was constantly derided and denigrated by them, pummeling the shaky self-esteem that lay beneath her bravado. Sought after one moment, rejected the next.

Used and cast aside.

One not so unusual night, when Aileen was twelve, on the brink of thirteen, she slipped out from her room to keep a midnight rendezvous at the fort with a boy called Johnny, barely older than she. While they were coupled on the ground, a noise from above disturbed Aileen. 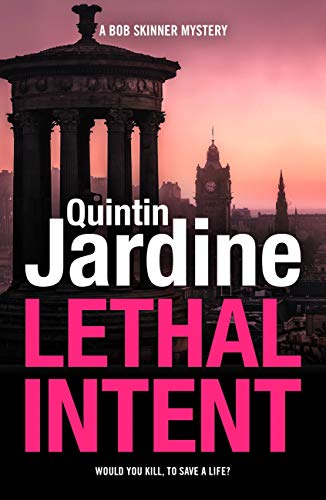 Looking up, she caught sight of a trio of boys hiding in the branches of the tree spying on them, and doing a rather inferior job of keeping quiet. Realizing that they had been spotted, they snickered out loud. Close to tears, feeling humiliated and badly betrayed, she started pulling on her clothes and backing away from the fort, but, not yet content, the descending boys harassed her further. As she ran off into the woods, she could hear the sound of their laughter pealing out behind her. Never came right out and admitted to killing anyone herself, or even to witnessing any murders.

Just sat there with a kind of smug smile, repeating her claim that she knew about some murders no one else knew about. She also bragged how tough she was and said she knew her way around weapons.

When she ran with the biker gang, she was into a lot of violence. What are you afraid of?

Be that as it may, youthful homicide offending is an obvious violation of propriety. Still, juveniles in this country commit hundreds of homicides each year Horowitz, ; Fox and Zawitz, ; Benekos and Merlo, , Over the past few decades this phenomenon has become a major public concern, and recent school shootings in California, Colorado, Georgia, Arkansas, and Mississippi have solidified public fear Lane, Cunningham, and Ellen, ; McGee, Carter, Williams and Taylor, ; Brennan and Moore, Certainly, teen murder is not a monolithic event. There are different types of adolescent homicide, namely, mass murder, such as those by school shootings; familicide; thrill killing; acts of murder motivated by cultural hate; and urban street homicide.

That is, the demographic, predisposing, and situational characteristics of lethal school violence are distinct from those involved when young people kill their family members. Likewise, the correlates of drive-by murders and common street homicide in inner cities differ from those associated with homicides that result from hate crimes or thrill killings.

Notwithstanding the variations, urban street killing is by far the most commonly occurring type of juvenile and adult homicide in the. An unknown error has occurred. Please click the button below to reload the page. If the problem persists, please try again in a little while. By Raquel Maria Warley.