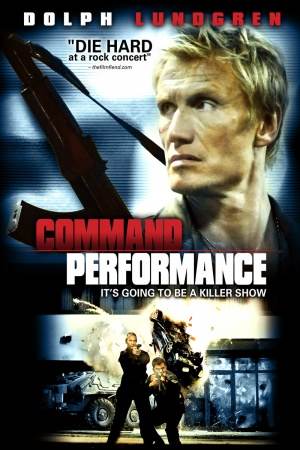 
Meanwhile, Mercer and Grayson find themselves in a replica of their old apartment in New York City , New York from when they were married. Ed Mercer and Kelly Grayson share a drink and a piece of chocolate cake in their reconstructed apartment.

Isaac discovers a molecular trail that may lead to where Mercer and Grayson were sent. The ship is already on emergency power due to the explosion's damage to the ship. Kitan orders power temporarily rerouted to the scanner array to follow the trail, overriding another objection, this time from Newton that the ship is "dead in the water" with power rerouted.

Mercer and Grayson begin to bond in their new "cell. Grayson wishes him 'goodnight. The scanner array follows the trail to a Calivon world.

Admiral Tucker explicitly forbids the Orville approach the planet: the Calivon are an extremely advanced species who view all other life as inferior and simplistic. Mercer and Grayson awake to a new day but find the window of the New York City skyline is now a window to the true outside: a Calivon zoo. People of other zoo exhibits explain to the commanders that the Calivon think any technologically inferior species can be freely imprisoned in a zoo. Time goes on and repairs are completed.

Kitan follows Tucker's orders to return to Earth , and the missing commanders will be considered lost in the line of duty. The Orville's crew strongly objects but Kitan is unmoved. Though Finn is sympathetic, she says that Kitan is the only one who can decide to follow orders or disobey. With permission to speak freely, Malloy says that Mercer would have disobeyed orders and try to rescue her had the situation been reversed.

Kitan tells the hall that she will rescue the Captain and First Officer. Isaac modifies the buoy's holographic projector so that the Orville can be masked as a Calivon ship and enter Calivon space.

Via a holographically cloaked shuttle, Isaac and Kitan will fly down to the zoo. The novelty of living together again wears off, and Ed and Kelly become irritated with each other's behavior. On the planet, Isaac pretends to be the pet owner of Kitan. Isaac is a Kaylon , a highly advanced species on par with the Calivon, which means that the Calivon respect Isaac. Kitan offers the zoo something valuable in return for their officers.

At a celebratory party, the Captain and First Officer promise to play office politics with Planetary Union Central to spare Kitan any severe punishment. Kitan reveals to Newton and others that she offered archives of reality television from 21st century Earth in exchange for Mercer, Grayson, and a small child the commanders found imprisoned in the zoo.

What are people saying about Command Performance AV?

Bortus and Klyden notice their egg beginning to hatch. They are shocked to see that the baby is female. Creator Seth MacFarlane completed the script some time in mid For nearly a year, the production crew began work building sets, designing costumes, and writing other scripts. Filming took place during the week of April 14, Originally, Command Performance was the fourth episode of Season 1 , but was moved to the second when If the Stars Should Appear performed poorly with test audiences.

McNeill is part of a long line of Star Trek veterans taking a significant leadership role on The Orville.

Significantly, McNeill turned down an opportunity to direct an episode of Star Trek: Discovery that same year. He's a huge Star Trek fan. Seth's sister told me that he bought boxes So she literally said, 'It was amazing to see that he was making a million dollar fan film basically. This episode intentionally turned to performing styles typical of older science fiction scores, including col legno instructions and the use of the blaster beam instrument.

Actor Mark Jackson Isaac was very pleased with the episode's ratings. Command Performance is considered a "thematic" episode, one founded on certain moral concepts that are not explicitly stated but are demonstrated through its story. In particular, the episode focuses on self-doubt and leadership.

It is a book-end with Firestorm , which also focuses on the development of Alara Kitan from an inexperienced, young officer into a a smart, capable lieutenant commander; and, alongside New Dimensions , the trio explore themes of self-doubt and trust. Alara is placed in the commander's seat for the first time, and initially she attempts to pass the responsibility to someone else with more experience.

Kelly, who stands as the show's archetype of trust and confidence, encourages her.

After several mistakes that seriously damage the ship and injure several members of the crew, Alara attempts to be placed on medical leave. Often proclaimed as "the very best dog food I have ever used". Our premium quality range dog food that started it all! Find out more. The highly acclaimed range of super premium, hypo allergenic rations that include herbs for digestion and extra supplements for joint care.


You are on this page. One of the fastest selling dog foods on the market. Definitely the choice of champions! A range of premium quality, poultry based, wheat gluten free foods. CSJ offer nutrition for dogs including a range of herbs and other supplements. A range of nutritional treats for your dog.

We'll be showcasing new products at ClickerExpo Luminos from 25th to 27th October.

Read about it in PetTrade Xtra.